It wasn’t long ago that he was a man.

That is to say: it wasn’t long ago that he thought he was a man.

“There’s something about this mask…” he muttered, looking down into its plain, rubber interior. Dave had picked up this mask from a bodega. It appeared to be  your average, every day tyrannosaurus mask. Nothing out of the ordinary.

This was before he became a wrestler.

Did he become a wrestler? He rubbed the back of his head.

Dave looked up and smiled at Chris. His friends called him C-Money.

“I’ll catch up to you, Chris,” he muttered. Tim and Chris shared a look, shrugged, and turned to the FightNYC elevator. They pushed a button, stepped inside and repeated the action. “Ready for a rager?” was the last thing Dave heard before the door slid shut and he slipped the mask onto his head.

What was time? Space? The final frontier or an illusion?

Time had no meaning.

A human reached for him, but he swatted them away.

A crash, a scramble, a scream.

Somewhere in the distance there were footsteps.

Nobody could catch him.

His claws clasped and scratched and pried; he squeezed his way inside.

Darkness descended on Dave the Dinosaur.

He learned the meaning of space.

He crawled: not an easy feat for a dinosaur. It’s probably not worth talking about how he managed to flick his zippo lighter, what with no opposable thumb.

Dave dug deeper. Inside the cave and inside his own mind: it wasn’t that long ago he thought he was a man.

That is to say: it was not long ago he was a man.

Dave's stomach growled. He had sat in the elevator shaft for lord knows how long. With a gasp, he peeled off his mask and looked down.

"Where are all my clothes?" he asked no one in particular, but his own voice continued to canvas the crowd.

"My clothes, my clothes."

He felt the side of his face. 'When did I grow this beard?' was his first thought.  Instinctually, he moved his hand along his leg to where he kept his phone. Unsurprisingly, he touched bare thigh and the trim of his tight, once-white underpants, many weeks soiled. His stomach groaned.

"I'm starving…" he moaned. His eyes focused on the light coming from one of the closed doors. He shimmied closer, pulling the mask on…

"Lockdowns," she muttered, pulling an empty roll of paper off, swiftly replacing it. "It's like wrapping up a pair of gerbils in a sock."

Alice didn't work at the tower, but rather for an outside firm that was hired through a conglomerate and then subsidized with….you get the picture. No matter how it's drawn, it didn't pay health insurance and it certainly didn't have a union. There was a ruckus from the hallway.

"Hi look, I'm just cleaning," she began, stepping into the hall. In front of her stood a man slightly taller than her wearing only a pair of stained underpants and a formerly-white v-neck that looked more like a U.  The man behind the rubber Tyrannosaurus mask breathed slowly.

"Jesus, I thought it was something dangerous," she laughed. Alice began to turn back to the bathroom. Dave grunted.

He breathed deeply beneath the mask. His thighs tensed - he pounced. Alice turned just in time to see the wild dinosaur diving right for her.

"Hey, wake the fuck up," a voice said in the distance.

"Where am I," Dave muttered. His forehead ached from where he slammed face first into the wall, knocking himself unconscious. His hand felt wet as he touched it. He bolted upright, "Where's my mask?"

"This?" said the voice from above him. He blinked his eyes, the sharp pain sticking to the backs of his eyes as the light forced its way in. His mask was in the hands of a woman in a jumpsuit with the name Alice embroidered on a patch. Her blond hair was shaved along the sides and her dark brown eyes looked almost black in the dim emergency lighting.

"Yeah," he said, giving in to the pain. He closed his eyes and laid back down.

"Aren't you that guy Dave?" she asked and he answered by poking himself and nodding. "Where have you been? Nobody has seen you since Blood Money."

A quick Google search on her phone confirmed that he did in fact not. Dave looked down at his attire, suddenly embarrassed. He pulled the graying top down to cover his front and laughed to himself.

"Well hey!" He offered, trying desperately to win back a portion of his dignity. "Some might say I was so tough, it took twice as many people to throw me out."

"You mean you were thrown out twice as many times," she corrected. A smirk grew along the corner of her lips as he searched the floor for assistance.

"They're pretty much the same thing."

Alice patted Dave on the shoulder and pointed him towards the kitchen. There was something different about him, but she didn't think it was worth finding out what. Not with that smell, she resigned. Her head turned as Dave shuffled down the hall, the mask pulled onto his head.

"Jesus fuckin Christ!" a woman shrieked. It wasn't Alice. Dave knew that now. He had finished someone's sandwich and been able to gather a loaf of bread and a half dozen eggs from the pantry. He heard a noise and turned and..

"Jesus fucking Christ!" followed him down the hallway, he turned, he twisted, he tripped.

And scurried into the vent.

Dave pulled himself blindly along, "Jesus fucking Christ" came and went and disappeared into the distance.  Dave was all alone.  All alone except the sound of someone or something scurrying in the dark directly at him.

He stopped, pushing his bounty behind him.

He held his breath.

"Hello?" He attempted and failed. More scurrying. A woman cursed in the dark. He tried again.

A pale woman's face appeared in the dark. Their eyes met, both equally bewildered.

"Hi! I'm Dave!"  he managed to whisper. Vhodka looked him over, before smiling.

"Hey Dave!" She shot back and scurried along. He shrugged, pulling the eggs back into his arms and the mask low on his face, following his instincts into the dark.

Dave sat atop the pair of eggs.

The bread grew moist with time, but Dave dared not move. Not while the eggs were in such a precious state. His eggs.

There was noise below. Music. Mayhem, silence and then weeks later the same thing. Dave heard names and noises and matches and from his nest he could even see the ring at times in a crack that formed in the vent below.

Dave tilted his head back. Here he was. Sitting at the top of a tower. He had never been more proud of any moment in all his life. He shifted his weight again.

Dave was going to be a mother.

Or so he thought.

At that moment, the crack became a crevance and Dave, a pair of rotten eggs and a loaf of moldy bread came crashing down. 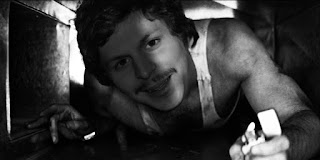