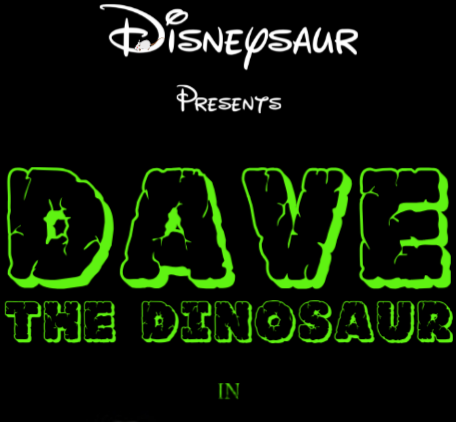 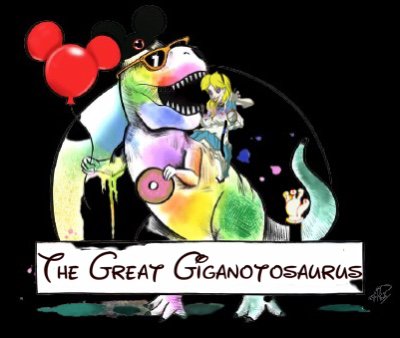 Somewhere along the Infinite Sewer

“I can show you the world…”

The raft bounces and sways in the water. It is an anomaly amongst floating vessels. From top-to-bottom, stem-to-stern it has been pieced and puckered, not with wood as one would expect, but rather with trash and tape. Empty bottles and styrofoam keep it afloat while other hard bric-a-brac serve to keep its passengers from dropping into the murky water, if only just. Along the wake of the tiny boat, dozens upon dozens of eyes gleam in the emergency lighting as they follow along beside it in the steadily flowing stream.

A tall man wearing a sweatshirt serves as the captain, if ‘captain’ could be the term used for someone who kept a garbage barge from bashing into the sides of the sewer. His hood is pulled low and zipped shut with an image of a skull where his face should be. At the bow of the boat, Alice stands, arms stretched out as she sings, while behind her the five compatriots that make up the Sewer Side Squad, Dave the Dinosaur, Julius Squeezer, Moliarty, and Sewer Corpse choose the more huddled approach. Lowest of them all is Roach who has decided to lay flat against the raft.

“Shining, shimmering splendid!
Tell me, princess, now when did
You last let your heart decide?”

Alice crouches down to help her jump, causing the raft to dip and a sewer spray blasts around her. Alice lands, the bow dipping once more as she points at the small crew.

The more the small pale woman shifts, the more the raft follows, much to her delight and the absolute horror of the others.

She spins and stretches her arms out once more in front of her, embracing the rush of the raft.

“Or where to go
Or say we're only dreaming”

“We’re not dreaming you crazy sewer bitch!” Roach finally screams from his position clutching the raft. ”Sit the fuck down before you capsize this piece of shit!”

He looks up to Hoodie C, “No offense.”

“But we’re going to Disney World!” she says. Suddenly the raft jerks to a halt as the ferryman pushes the makeshift oar deep into the stream, tipping Alice overboard and into the alligator-infested water. After a moment, her blond hair breaks from the surface, followed by the upper half of her body as she rides on the back of the massive albino crocodile Bruce. Her two mice, Bebop and Rocksteady scurry to either shoulder. They shake themselves off before wagging a small furry fist back towards the boat.

Bruce floats closer to the ship and Julian helps Alice off his back. “What in the fok was that?”

“You are going to Disney World?” the hooded man says. His voice is low, barely a growl.

“Yes it’s wot the fok I said!” She begins to squeeze water from her clothing.

“Disney World is in Florida,” he responds and starts to maneuver the raft to the side.

“He told me Disneyland,” the ship’s pilot waves an arm down at Roach. All eyes turn towards Alice, still dripping wet with sewer water and then back towards the man still lying prone, clutching the deck.

“It’s the same thing, right? Guys?” Roach asks, looking up from the ground. Nobody responds. The five men close in on him. “Guys?”

All at once, they grab ahold of his clothing and hoist him into the air. He tries to kick and struggle as they move him towards the edge.

“Guuuuuuuuuuuys!” he shrieks before his voice is interrupted by a splash.

The streets of Disney World are abustle with laughter and life. Everywhere - a new sight to be seen. Princesses, giant mice, even an occasional Stormtrooper - there’s something for everyone. Crowds shuffle and mill around concession stands, cleverly named for the characters around, each person drawn in by the smells that drift in from the vents throughout the park. ‘A touch of the Disney Magic,’ they say, while cramming millions of dollars worth of food sales into their pockets.

It’s easy to get lost in a crowd this size, with this many people. That is, unless you were Alice and the Sewer Side Squad. Even in the masses, the six sewer citizens stand out. The Shaman walks in front of them, a pair of large black glasses on her face and a large floppy had on her head. She has managed to get a hold of a sextuplet of matching Mickey Mouse ears, which each member of the group all wear on top of their various masks. Julius Squeezer and Dave walk just behind her while taking up the rear, Roach is nestled on the back of Moliarty like a back pack. Sewer Corpse strolling beside them, hands dug into his pockets.

“Do you know who I’ve always wanted to be?” Alice asks, turning to the group, cheerily.

“Someone who can sing?” Roach offers. She shoots him a glare.

“No you skitebird fok. I always wanted to be a princess.”

“Like Alice?” Julius asks, only to receive a confused ‘Wot’ in response. He elaborates: “Alice from Alice in Wonderland?”

“She wasn’t a princess,” Alice shakes her head, “Princesses have certain rules.”

“Well no, but now I don’t want to be a princess, well not anymore. That dream went away the first night I slept on the streets. No. I want to be like her.” She nods her head past the group and they all turn in unison. Walking along the street is Minnie Mouse, or at least an actor in a life size costume portraying the animated character.

“A washed up actor?”

She sighs, shaking her head once more. Her attention turns to the large castle. “A Queen.”

The group stands in silence, unsure if it was appropriate to interrupt the daydreaming shaman. After a moment, Dave raises his hand slightly, as if looking to be called upon.

“If you’re the Queen, does that make me the princess?” he asks quietly. She laughs before spinning around to leap up, wrapping her arms around his neck.

“No Dave, you’re not a princess,” she pokes his nose, “You’re my knight in shining armor.”

He blushes, turning his gaze away, not quite sure what to say.

As the group erupts into laughter, he turns another, darker shade of red. Alice smiles and pinches his cheek before turning away. The pack begins to follow.

“At least Krunk got his own movie…” Dave mutters, trailing a few feet behind the Squad.

“Salagadoola mechicka boola
Bibbidi-bobbidi-boo
Put them together and what have you got?”

The camera opens up to show the Magic Kingdom in the distance, a glorious sight to behold in the clear Florida night. A firework display is finishing up, a few straggling spartlers still shooting off in the distance. It pans down slowly to a small dock, worn down and deteriorating from both age and neglect, part of the since abandoned River County.

On the dock stand Alice and Dave, a few feet in front of the Sewer Side Squad. The FightNYC Bronx championship belt lays over one shoulder. He once again wears the green dinosaur mask.

“Bibbidi-bobbidi-boo,” she finishes her song. “Ah to be at Disney World. It’s like a fairy tale…”

The pale woman clutches her hands together as she stares dreamily in the distance for a moment. She quickly turns back towards the frame. “Well wake up! This is real life and this is the real world and it’s time, oh my lovely lis it’s time.”

Dave folds his arms across his chest.

“Here we are, back at it again. A brand new game with a brand new set of rules. Your rules - the rules of the surface and not the snake. They say history is written by the winner and so are the story’s told. How fitting then that we find ourselves here at the happiest place on earth - on the surface all smiles, but beneath the paint and plaster?”

Alice indicates the area around her - once a brilliant vision, now a slowly decaying eyesore.

“Broken dreams and shattered glass - a metaphor of what’s to come.”

“Some people think the more you talk, the more you say, the better a wrestler you are. The reality is, lies are defended the loudest and most of you are nothing but prattle-along princesses, pretending you’re going to talk your way into a title. How many words placed this belt around his waist? None to speak of, pun intended. He’s been thrown off a boat, beaten, battered and bruised. Did you hear he even bit a man?” She chomps her teeth towards the camera. “How much further would he go?”

Her finger taps her chin.

“The would-be legends lie. They will tell you tales. They will list their accomplishments. They will tell you of their days of glory and of greatness, but in combat and in battle? What does that mean and more importantly? What does that matter? It doesn’t make a difference what you’ve done yesterday or even earlier today but what you do right now…” She pats the championship belt that lays on his shoulder “...and tomorrow.”

Alice hand slides along the belt as she steps around him.

Her head pops out from behind the champion.

“A champion. A hero. A true legend in the making. His words? Are his actions. Look at him? At first glance you’d say, ‘He’s an idiot. A fool. There’s nothing below the surface.’”

He politely nods his head and turns back towards the frame.

“But buried beneath? Deep inside? There’s a primal rage, boiling to the surface. He is the voice of the people and this place speaks…and he understands. Behind their stitched on smiles, the sweat-stained masks, each person has their potential, if only they are willing to rise up - to revolt…and that’s just what it takes to be free.”

She looks down, deep in concentration.

“Broken Dreams and Shattered Glass - that’s what happens when you chase the crown, and so what happens when you’re already a King? See there’s nothing to chase, but Dave’s not here to be fed…he’s here to hunt. And his prey? The biggest and the baddest that come his way. He doesn’t care if it’s Chris Page or his entire enterprise.”

She ignores him and continues on, her accent growing more thick and mysterious as she speaks.

“Dickie Watson? Call the NSQ! Bring your bravest and your boldest - the rich kids, the clowns, the gang from XWF, get them all, it doesn’t matter! Go to UGWC, grab their waste, or even better? Grab the Creeps - he does not care. He will fight them all and in the end? No matter what, he will stand tall.”

Dave lifts the belt into the air.

“Because he’s already got his crown, he doesn’t need another. He’s here for the hunt - the fury of the fight. So leave your resume at the door. Because after Blood Money?”

The belt drops from his hand to Alice. He turns towards the screen.

“Broken dreams and shattered glass won’t really be much of a metaphor.”

Dave’s shoulders rise and fall slowly as he focuses on the camera. He lets loose one roar and then rushes towards the screen.

The footage fades to black.

This post is under 2000 words. Yes, this includes this note. Thank you again to the staff for all the amazing work you do.