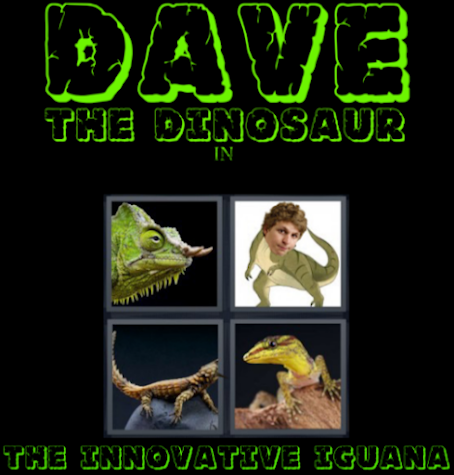 Barney turned towards his partner. Lou was a much shorter man, standing only at his shoulder but he was built like a mule. His family had moved to the city in the early twenties and had settled in the small two story off Greystone Avenue where he currently resided. He shrugged his shoulders, the thick mustache barely twitching in response - Lou had seen it all, and then some. Barney shakes his head and looks down at his phone.

“300.5 West 57th Street,” he muttered and looked back up. The construction for the FightNYC tower was underway, but that was located at 300. He turns back to Lou. “You think it’s for over there?”

Lou shrugs, flipping the toothpick between his cheeks. He holds the clipboard out. Barney snatches it and scans the paperwork. Reluctantly, he reads from the paper aloud.“Package for Dave?”

“Dave?” he asks again. From the construction site, there is a loud bang that causes his heart to leap. “Man, I don’t know why I’m so nervous.”

He turns to Lou who stands unfazed. The mustached man nods his head, not in agreement but towards something. Something past him. Reluctantly, Barney turns.

“Hi! I’m Dave,” says the man standing only a few feet away. He’s an average sized man, nothing out of the ordinary. His clothes are plain with only the Adidas stripes as a firm identification. Just your average, everyday citizen standing in the middle of an alley wearing a green rubber dinosaur mask. A short blond woman stands behind him, doubled over in laughter.

“What the fuck?” he says, leaning to look around the dinosaur. Pulling their ways from the sewers are a number of masked men, one standing well over seven feet tall. Barney forces himself to pull his jaw shut as he whips back around to his partner. Lou flicks the toothpick between his teeth, but says nothing as he turns back towards the truck. Barney watches with sudden admiration of his friend.

After all, Lou had seen it all.

Alice and Dave stare up at the massive crate in front of them.

“I don’t know,” Dave says. He pulls the mask off and looks down at the packing slip that Barney had hastily jammed into his hands before speeding off. “It says it’s from someone named Anika?”

“Are you joking?” Alice says, turning towards him. Her voice is filled with outrage, “Who is she?”

Dave, genuinely puzzled, looks frantically through the paperwork for some explanation. He blushes and she starts to laugh.

“I’m kidding. Dave, she works with you. Do you ever pay attention to anything besides yourself?”

Dave stopped and thought, after all, that was a good question: do any of us? He raises a finger as he begins, “Well, I-”

Before he can go on, the monstrous mountain of a man Moliarty pushes past. Without missing a beat, he rams his fist into the wooden box and begins to tug. At first, nothing happens. The man shakes and pulls, his muscles contracting with everything he has.

Then there is a groan.

And a crack as he pulls one large chunk from the frame, then another. With the seal broken, he begins to tear away the wood with a frenzy before all that is left is what’s inside.

“A curtain?” Dave asks, looking it over. Alice sighs and motions towards Moliarty who grabs ahold of the sheet, pulling it aside. The group gasps in unison, startled by what lies beneath. Inside the box, are hundreds and hundreds of bones, neatly stacked and organized on one side and the other? A massive tyrannosaurus skull surrounded by two immense femurs.

“Yeah, it’s great,” Alice looks over towards the manhole cover and back to the box,“But what are we gonna do with it?”

“We keep it!”he answers enthusiastically, his hand slipping over the cool bone in front of him.

“Dave…” Alice bites her lip. It had been some time since she had seen him this happy. Despite her teasing, she cared very deeply for the man who held not only the Bronx Championship, but also the hearts of the people. He looks over his shoulder towards her. “We can’t take it with us…”

She can feel her heart sink as his smile slowly begins to drop. “It won’t fit…”

Dave hangs his head, pressing his cheek against the bone. He tucks his fingers into the nostrils and closes his eyes. Inappropriately, Roach yells from behind them.

The camera opens up to Alice standing by herself in the small alleyway. The fencing for the construction zone is just behind her. A figure shifts in the darkness, but the blonde woman remains focused on the frame. She holds her palms out in front of her.

“They say you come from superior stock. You're a superior breed, a superior class.  Widow of the late, great Dane - he’s not exactly dead, but his career…his vision? They might as well be. The fallen hero - and what remains? A legacy?”

“Or a laugh? It’s for you to decide, Allison. It is for you to determine: do you fight or do you fall? Both are in your nature after all - they’re in your blood. Or is it a matter of nature versus nurture? There’s only one way to find out. If it is truly in your nature and in your blood, then let us-” she smirks, the figure behind her shifting in the darkness. “Let him help you. Let’s create a new you, a better you. Let us bleed out that blood, blue as it may be, and replace it with something better, something more. But if it’s nurture? Well, I can’t promise that.”

Dave steps forward from the shadows. He has taken a pair of smaller teeth from the dinosaur fossil and woven them into a pair of horns for the mask. A large rib rests on his shoulder, his hand clutching at it like a baseball bat. The Bronx title is wrapped around his waist.

“There’s a lesson we all learn in life, if we live long enough. No matter what stands against you and no matter who stands in your way. You improve - you improvise. You adapt. Your challenges? You overcome them and when all hope seems lost?”

She looks over Dave, fighting a smile.

“Well...life finds a way. Will you? Will you find a way to be a different you? A better you? The better Preston - I’d love to see it. We’d all love to see it. Something, anything from the Preston clan. Anything but more of the disappointment and tragedy that inevitably follows the weeks and weeks of build up only to break and crumble when the time comes. So, we want you to do this Allison. We want you to break the Preston curse. We want you to stand up, to power through, and to overcome. Be something no one in your family ever really was - someone. And do what your ‘Daddy’ never could.”

She steps over, wrapping her arms around Dave, her hands gliding over the belt.

Dave holds the rib bone between both hands, hoisting it high above his head. He lets out a mighty roar and the scene fades to black.