The Ferocious Fossil of Freedom 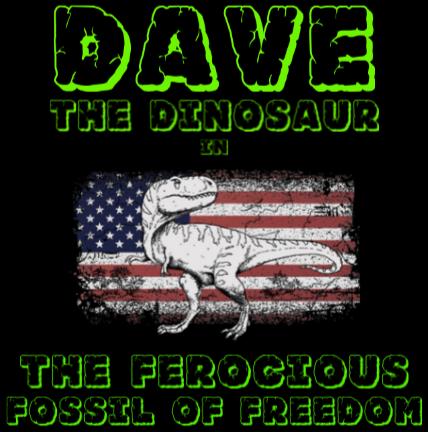 “I closed me fokin’ jeepers creepers…”

It was a party in the Shattered Glass. The crew from the Punchout Plaza gathered together to celebrate. A victory. Not in the world’s terms, but in their own: they had breached the surface. The queen rat herself stepped foot on foreign soil and went toe-to-toe with a champion from ‘above snakes’ as she called it. She did not stand victorious, but victory in one person’s terms did not necessitate victory in anothers. And what is the scale of a victory? Victories can be major: a win, a wedding, a promotion. Or they can be minor: getting out of bed, taking a shower, or even facing the day can be a victory to some.

‘I’m bloody invincible with this!’

Dave’s eyes looked over the crowd. He had spent plenty of time here in the sewer with his new friend and her…rather odd companions, but these faces were ones he had never seen before. And yet somehow, call it deja vu or vuja de, everything was still so familiar, but why?

The underground streets were throbbing with bodies. With lights. With sounds.

Dave turned to look for a way through the throng, but the mass rolled around him. Engulfed him.

What was it that resonated so in the corner of his mind?

Was it the rhythm? Or the crowd?

His eyes looked towards the makeshift stage. There was a form standing just inside the booth, but they had a brown hood pulled low. He couldn’t see their eyes, but he could feel their stare. Who was that? Bodies rushed into him and he began to feel it. The calling - the mask was in his hand.

It was on his face and he spun.

He flailed - he swung.

And he felt it again. Deeper, stronger. Something…

The cavemen bounced against him, but Dave was once again no man. Dave was the Dinosaur once more!

He twisted, he slashed.

And he lived - by God or Godzilla, he lived once more!

‘I’ll bite you bastards to death!’

Dave the Dinosaur let out a roar and this time it was heard. Over the sound and over the vibrations: it was heard. He understood the power inside of himself, finally, he understood. The thing he ran to, the thing he hid behind…it was now his salvation. As his voice bellowed forth, his scales began to change from the solemn green to an almost violent, crimson red. His eyes shifted and transformed and closed…then reopened: the raptor was re-born.

He roared once more - a victory from within.

His eyelids clung desperately together as he fought to open them. What time was it? His gaze creeped over to his wrist where at one point in his life he had definitely thought he had worn a watch.

‘It’s early,’ the voice whispered. A flame flashed to life, illuminating the small room. To call it a room was generous as it was mostly a bunk set up in the crawlspace of the Glass. Alice had offered him one of the rooms upstairs, but he turned it down.

‘Closer to the water,’ he had said. Closer to Bruce. The large crocodile hissed in the distance, as though it knew Dave had risen. Or at least was attempting to.

‘Wakey-wakey!’ Alice whistled from above. Her face somehow glowed in the candlelight.

‘My head hurts…’ he said, tucking his face back into his elbow.

“You’re gonna want me to do that thing then?”

He nodded and she dropped down into his room. Her eyes were almost pitch in the candlelight. She ran her hand through his head and leaned close, whispering. The whispering became a chant. Time became endless and finite all at once and a wave of nausea was quickly followed by a wave of euphoria.

Then silence. The light flickered.

“Better?” she purred, caressing behind his ear. He nodded and she slithered away and back towards the ladder. “Hurry up, we need to do that other thing…”

He sat up as she started to climb…was that all a dream? And how does she do that? His hand slid down to the mask beside him - the blood red raptor.

Dave watched as she disappeared back into the Glass.

The scene opens to Alice standing in front of a large group of misfits. Dave stood with his arms across his chest beside another man of equal build wearing a cobra mask. A monster of a man loomed just behind them, his mask and breathing apparatus made a loud sucking sound as his chest and shoulders heaved. A lanky, corpse of a man leaned against one of the walls while a smaller man paced between them.

“Do you know the difference between fantasy and reality, Eoin?”

She spread her arms wide.

“In your society, those lines often get blurred. What is fake and what is real…you have to wonder…if you always see yourselves through these filters and these lenses then what happens when you pull them away? Will you even recognize what’s underneath?”

She walked around Dave and the other masked man.

“And more importantly: would you respect the man you see looking back at you? Are you familiar with the tale of David and Goliath, Eoin?”

Alice looked up at the dinosaur.

“The ultimate tale of the underdog, told time and time again, and each time the story is told Goliath grows larger and each time David…he shrinks smaller. Funny thing isn’t it? The bigger the tale gets, the smaller the hero becomes, so what happens when we start to peel the story back, after all if one pill will make you taller…Some say he was a giant, but really he was just a big ol’ fucker with a lot of zozo to him. And David?” She flicked at the mask, “Well, then he was just a man right?”

Her hands slid around the back, across the belt…

…they slipped up his back

“And what lies beneath…”

…and slowly pulled his mask free from his face.

“Speak, hero…let them hear your voice.”

Dave stood silently for a moment. He blinked slowly then swallowed.

“I don't speak a lot, but that doesn't mean I don't have a lot to say. Eoin, you earned this. This is your time and your place and I want to give that to you.” He nodded. “You deserve this and it will be my honor.”

He looked down as he spoke, still unsure of himself.

“I couldn’t ask for a better opponent. Please don’t get me mistaken or take this as any sort of slight: I do not doubt your strength. Now, I would be lying to you if I said I wouldn’t have loved an easy path. An easy reign. An easy victory. I’d love to sit back in that tower, in that suite and enjoy all the comforts that this…” Dave glanced at the belt, “affords.”

“Not ‘til I earn it though. No, Eoin, I don’t want to be a placeholder: I want to be the champion that this title...this city deserves. I want to stand for the people. These people…my people…and yours…” He motioned around himself as he spoke to the gathering sewer people. “And I gotta tell ya…I don't think I've done a very good job at that, and that is something I regret.”

He shook his head

“I've sat. And I've watched. And I've lain dormant. I’ve let other speak for me…

“‘Let’” Alice muttered with a giggle.

“Now, I’ve done my part and I showed up and heck, I even got this in my hand by chance or by luck, or who knows, maybe even through pity. And like a dragon in a cave, I’ve hoarded this away. I’ve held on. But is that what this belt deserves: to be hidden away, hoarded, and clung to?” He peeled it away from his waist. “Or to be held, high in the air above my head…”

Dave raised the Bronx Championship into the air.

“For what it is, and for what it represents: freedom, strength, and honor…” He draped the belt over his shoulder. “It stands as a symbol and a one to be fought for.”

He nodded his head once more.

The crowd murmurs around him.

“I didn’t understand that before, but I understand now. When you hold onto something like this and fight for this…it's not about you. Not really…it’s about the people who believe in you and what you do for them. And for them I fight. For them, I will hold this title, not in fear of losing it, but as a beacon of hope. A symbol of what can be achieved, not on my own but with them…through them.” His arms spread wide. “Together.”

“So Eoin, I am sorry. At this time and in this place I won’t be able to give this up. Not this time. Not with what I now understand. I can’t and I won’t. I’m sorry. I will hold on, but not for dear life.

Dave pulled the crimson mask free again. Alice smiles proudly before turning back to the frame.

“Can you say the same Eoin? That you hope to hold on for dear life? I hope so too…” He slipped it over his face. “For your sake…I hope you can see the difference between the fantasy…”

Dave stepped forward into the center of the frame.

“…and the reality…” she whispered from behind him.

Dave roared. The camera shook and fell from its perch, bouncing off the ground.

…and the scene cut to black.

“He will be…” Alice pulled the brown cloak onto her shoulders and took a deep breath. Tonight was a special night: her night. On the surface, it was a celebration, but underneath…it was so much more.

It was a ritual - a journey of the spirit - and a powerful one at that. To open an entire room to the Govi and expose them to their spirit animals…all at once…

“Shut up…” she said, shoving aside the curtain. The sea of people moved and shifted beneath her from where she stood on the makeshift stage. Alice pulled the hood over her head and stepped out…the music began.

The ritual and the journey to the Govi was underway.

She closed her eyes…

‘I’m bloody invincible with this!’

Why so familiar?
starring: 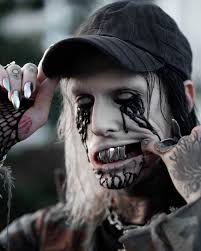 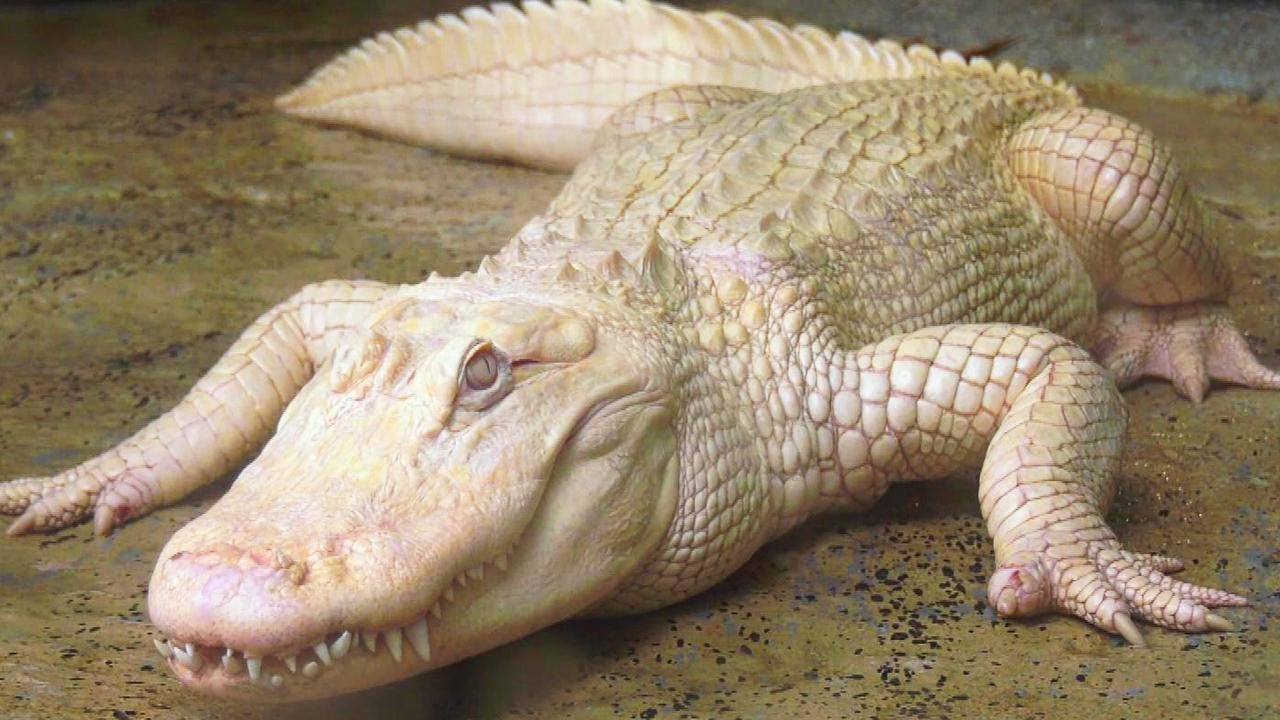